THE WORD OF GOD THIS WEEK

PREPARING FOR NEXT WEEK

125th anniversary: Embracing the past, envisioning the future

Posted on Author Comments Off on 125th anniversary: Embracing the past, envisioning the future

In the late 19th century, Italian immigrants in Utica longed for their own church. Brick by brick, they toiled to erect their dream. On Dec. 20, 1896, they celebrated the first Mass in Santa Maria di Monte Carmela in the basement of the unfinished church. Now, 125 years later, generations have called this place home. […]

Celebrating infants who were baptized in our parish in 2020

Why have your marriage blessed in church? Here are a few reasons

Antonio Ricco a doer – and a thinker

Out of the darkness, Mary Lourdes Martin shines very bright

As flu season arrives, don’t come to Mass if you’re not well

Are you thinking about fully joining the Catholic Church?

Getting married? Check out our parish’s Wedding Planning Guide

Emily puts her best foot forward in everything she does

A conversation with Tony Leone: ‘I enjoy being involved’

Unmasked: Surviving at home during the pandemic

Here’s what you need to know about weekend, weekday Masses

Video: Faith Formation students, staff share the love with everyone

Bishop Douglas Lucia’s letter on eradicating the sin of racism 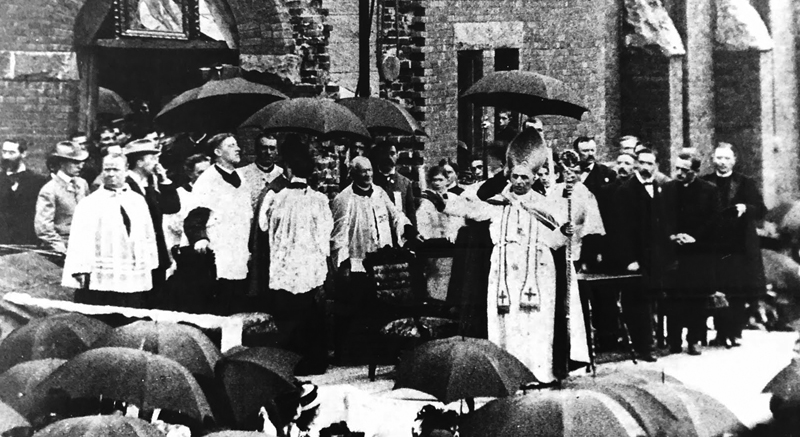 Here is Mass for the weekend of Jan. 23 and 24 from the Diocese of Syracuse.

SAINT OF THE DAY