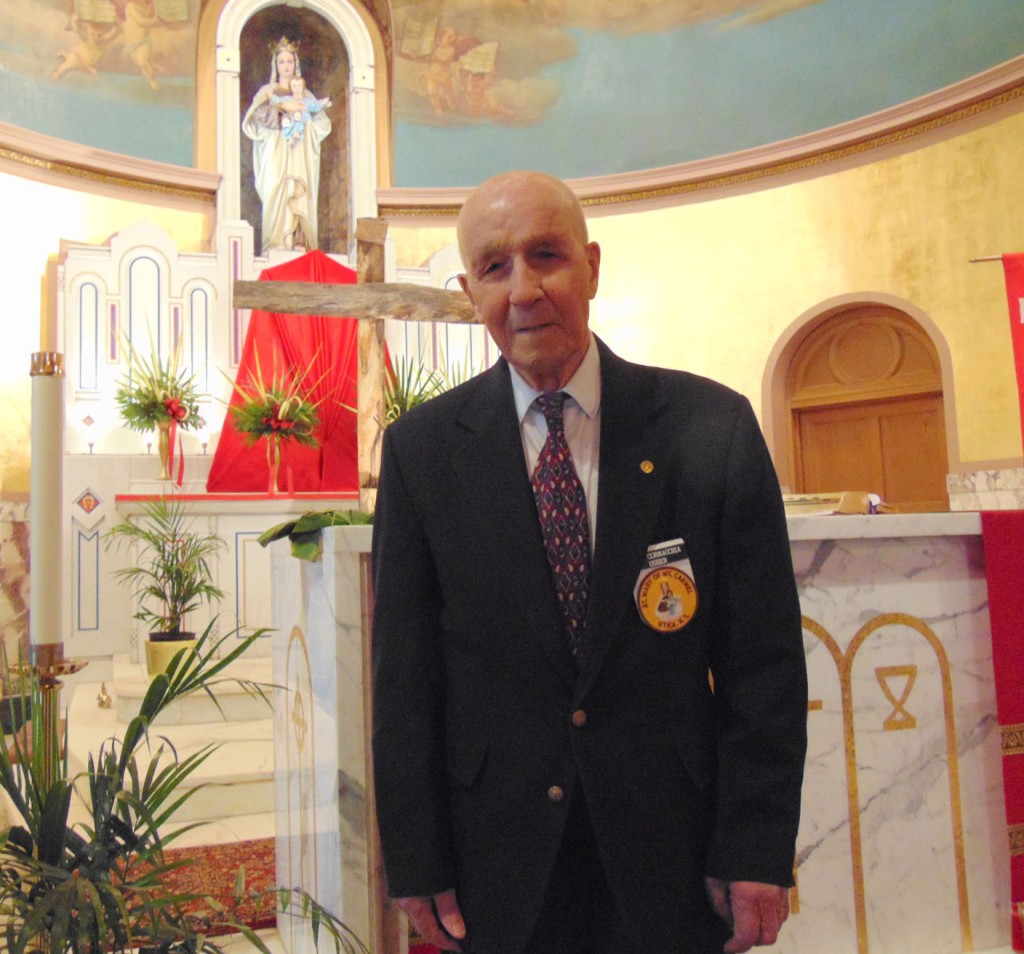 Phil Cornacchia celebrated his 99th birthday in February. He has lived through World Wars I and II, Korea, Vietnam, two wars in Iraq, and Afghanistan. He was born just 13 years after the Wright Brothers flew the first plane and watched as Neil Armstrong set foot on the moon. He grew up in the Great Depression, and vividly remembers Pearl Harbor, the JFK assassination and 9/11. He has lived through the administrations of 17 of 44 presidents and has witnessed all of the New York Yankees’ 27 championships. He said he stays mentally and physically in shape by keeping busy. No one can argue that it works.

You celebrated your 99th birthday in February and are looking forward to your 100th next year. To what do you attribute your long life?

The main thing is I worked hard all my life. I kept busy all the time. I still do.

When you were born, World War I was going on, Woodrow Wilson was president and the Boston Red Sox won the World Series with a pitcher named Babe Ruth. What is the earliest memory you have of your life?

I can remember when I was 5 or 6 years old. I lived down on Jay Street. I was born on the corner First and Catherine streets. Rufie Elefante and his family lived on the corner facing the Erie Canal.

What was it like growing up at that time?

I went through the Depression. That in itself was an education in itself. Everybody had to work. People were happier then. (Phil sold newspapers, and worked at Chanatry’s and Murad’s to help the family.)

Is there one thing that stands out the most?

The (Civilian Conservation Corp.) camp where I spent a year and half. It was the best experience of my life. I worked at Roger’s game farm in Sherburne where I planted duck farms and fought forest fires. (The CCC was a major part of President Franklin D. Roosevelt’s New Deal that provided unskilled manual labor jobs related to the conservation and development of natural resources in rural lands owned by federal, state and local governments.)

You were married for 69 years. How did you meet Margaret?

I met my wife in Easy Springs on Lincoln Avenue in 1938. We went together for a couple of years. When we were married we didn’t have two nickels to rub together.

She was the disciplinarian in the family. I was always working. She stayed home and raised the kids and did a beautiful job.

Is there one thing you remember most about her?

She was great housekeeper and her meals were 97 percent from scratch.

How long have you been coming to Mount Carmel?

All my life since I was 5 or 6. I lived down on the 500 block (of Jay Street) close to church. You can’t beat Mount Carmel. Regardless of where I lived I always went to Mount Carmel.

You are there every Sunday at 10:30 Mass in your blue blazer and tie. You also help set up the festival. After all these years, why do you keep doing it?

To me it’s a diversion. I like to keep busy.

How did you become an usher?

I’ve been an usher for 73 years. I started in 1942 and there’s a story behind that. During World War II the church had so many people they used to say Mass in the gym (in addition to the church). My father-in-law and I went to Mount Carmel and built a collapsible altar. We would put it up every Sunday and then take it down.

Is there anything special you’re thinking about for your 100th birthday?

My daughter wants to give me a big birthday party. I said let’s keep it just family. My daughter left Utica and went to Oswego College and went into teaching. She’s been away from Utica all her life. She told me to give her a list and she would take care of everything. (Phil still would prefer a family gathering.)

If you could give one piece of advice to young people, what would it be?

Phil Cornacchia
Age: 99.
Birth date: Feb. 10, 1916.
Birthplace: Utica. Parents came from Italy in 1912.
Family: Married to Margaret for 69 years (She died June 18, 2009). Son Philip D. and daughter Donna.
Education: Utica public schools, took courses at Utica College and Mohawk Valley Community College.
Employment: Among others, sold papers as a kid, worked at Easy Springs on Lincoln Avenue, was counter man at Bagg’s Square and spent 40 years on the railroad beginning in 1941.
Things you do in your spare time: Dabble in figures. Doing the morning puzzles.