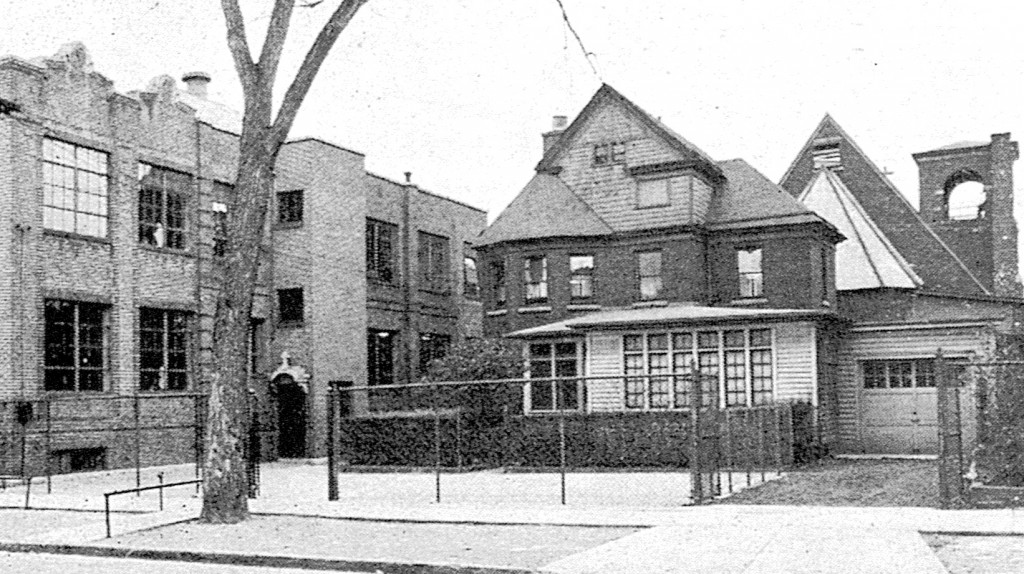 Neighborhood around Mount Carmel has changed dramatically since 1900s

The church still is the focal point of the area, with the very-recognizable rectory sitting across the street from the church, with Six Nations apartments to the west and the Santa Rosalia Chapel immediately to the east.

But did you know it wasn’t always that way?

Did you know that the rectory once was attached to the church?

Did you know there were two breweries within walking distance of the church?

Did you know houses once were prolific in the neighborhood?

Many changes have taken place since the first time the parishioners of “Santa Maria di Monte Carmela di Utica” celebrated Mass in their Catherine Street home in 1896. At the time only a basement had been built.

The members of the parish were not wealthy by any means, yet managed to add a rectory on the back side of the church for their pastor and emerge debt free by 1901. It wasn’t until 1906 that the main church was completed. Prior to 1896, the small Italian American community worshiped as a part of the congregation of what now is Historic Old St. John’s Church.

The pictorial records of our immediate neighborhood at the turn of the 20th century are scant. Those pictures of places east of Genesee Street that we still have from that period focus on impressive buildings and parks closer to downtown.

On a recent visit to the Oneida County Historical Society’s archives, I got permission to study a huge volume of city maps created in 1899.

The area around the parish essentially was a mixed-use zone of tenements, small homes, industry and small retail stores. Back then, of course, the Six Nations housing development didn’t exist. Catherine Street continued west through there. The area bordered by Jay, Catherine and Third was the home of the Eagle Brewing Co. Another brewery, Gulf Brewing Co., was at 610 Jay. These days most of us only think of the F.X. Matt Brewing Co. in Utica, and that is on the West Side.

The Right Size Underwear Co. and the Firshing Knitting Mills were west of the church on the north side of Catherine Street.
Where Route 5S cuts its lazy curve through the neighborhood once flowed the Erie Canal. Along its banks were coal yards, railroad yards, warehouses and more mills.

At 638 Bleecker St. was the National Catholic Welfare Council Club, which had an auditorium next door. And lest you think that the Asian community is a new arrival to our city, there was a Chinese laundry at 620 Bleecker. Over on Mary Street there was the Italian Settlement House and School.

With employment opportunities, stores and services nearby, St. Mary of Mount Carmel was well positioned for its immigrant parishioners, who without the need for transportation could work, live and worship in a confined area. There were even the East Utica Public Baths at 654 Jay (just west of the rectory) to serve all those cold water flats in the area.

So, I guess you might say the neighborhood was bustling with activity, but, perhaps, not particularly photogenic. It didn’t boast stately mansions, remarkable architectural monuments or elegant, flower planted public parks. What it did have were industrious people, working diligently to become part of the American dream.

Even a hovel can be a mansion to a house-proud matron. Our church, over the years, has become recognized for its artistic expression of faith. And the backyard gardens of the locals have produced treasures for the table, preserving traditions and nourishing generations.