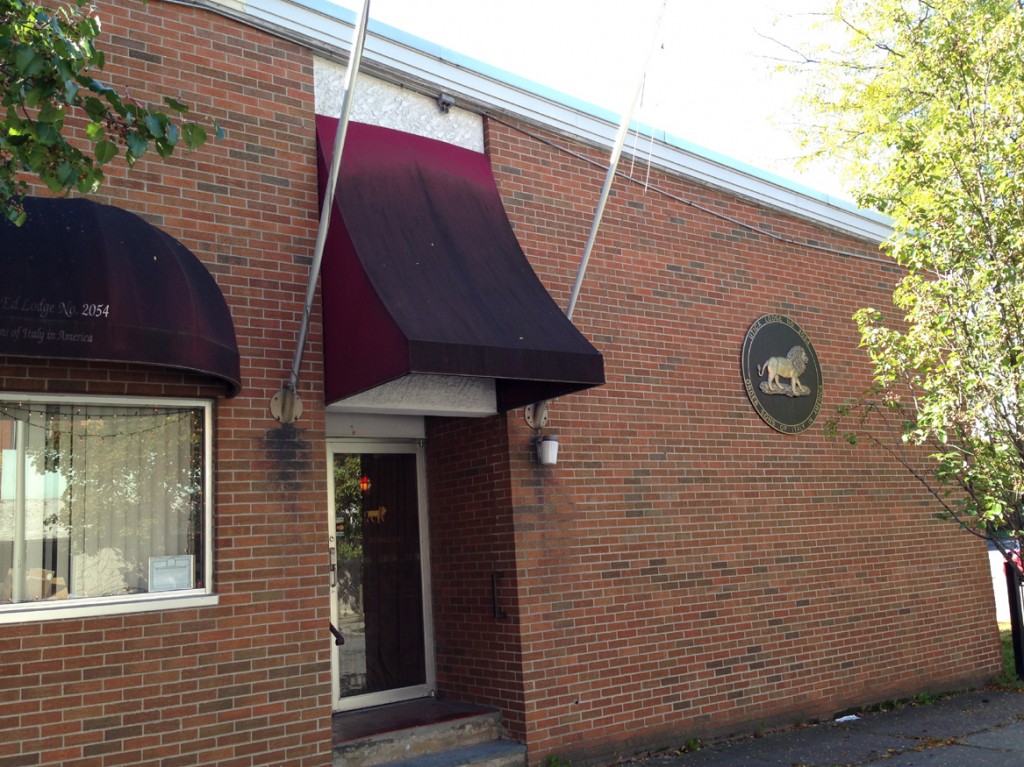 Over the past two years, this column has concerned itself with the history of our parish and its buildings. With this issue we would like to focus on how the components of our community are evolving today.

It is common knowledge that the original parish of St. Mary of Mount Carmel was established by the Scalabrini missionaries to accommodate the burgeoning Italian-American community from Italy. As demographics changed and the assimilation of the original families into the American fabric has taken place the presence of the Italian Americans, though strong, is somewhat diminished in our day.

In this issue we will discuss the Italians of our church family. In subsequent issues we will talk about the other groups that make up our diverse parish today.

At one time, Utica boasted that it was home to many Italian clubs and societies that helped maintain the mother culture of their members. Among these groups were the societies that sustained the chapels of Santa Rosalia and Sts. Cosmas and Damien. In addition, there were groups such as the Pugliese Society, the Daughters of Columbus and the Scandalese Society.

The largest group by far was the Order of Sons of Italy in America, which when it built its lodge on Bleecker Street had more than 1,000 members and was the largest chapter of the Sons of Italy of its time.

More than a year ago the membership (now fewer than 300 people) of the former Utica Sons of Italy, overwhelmingly voted to separate from the national group but carry on independently. Bob Piperata, chairman of the board of directors of the newly formed Italian Heritage Club of the Mohawk Valley, said the organization presently has 275 members.

Its four-fold mission is to: strengthen the spirit of our common culture as descendants of Italians; perpetuate Italian culture and traditions in the community in which they live; foster the principles of charity, justice fellowship and service; and promote the welfare of its members and the Italian-American community of the Mohawk Valley.

It is noted that this mission is very much in line with the mission of the newly founded St. Mary of Mount Carmel more than 100 years ago.
The Italian Heritage Club requires full members to be of Italian heritage, though social members can be related to Italian Americans, or simply admirers of the Italian culture. The group sponsors a bocce league, has Sunday sales of meatballs and pizza fritta, dinner dances such as the annual Columbus Day Gala, and holiday parties.

In addition, on first Thursdays of most months, the lodge sponsors “Pasta e Passeggiate,” a series of Italian regional dinners accompanied by virtual tours of the targeted region of the Italian boot and its islands. Accommodating between 60 and 100 guests, this event raises funds for the scholarship fund that gives cash awards to local graduating high school seniors.

As the club strives to maintain the presence of the Italian culture in our community, so do other organizations for other specific ethnic groups in our parish and neighborhood. We will focus on those groups in future issues of the “More Good News” because, like the hymn says, “All are welcome in this place!”