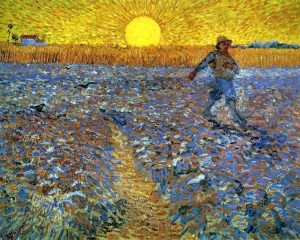 Van Gogh’s “The Sower of Seed”

In 1888, Vincent Van Gogh painted a series of pictures of a lonely figure moving across a plowed field, a favorite subject of the artist: a broad gesture of the right hand indicates that sowing is taking place.

The real protagonist of the paintings, which later became aptly known as “The Sower, 1889,” is the sun in the horizon, a huge, godlike, bright disk flooding the sky with light. The effect is so strong that colors are inverted and stark complementary colors appear: the sky is painted with yellow and the land with violet.

Van Gogh made a number of variations on a theme depicting a sower in front of a setting sun. Especially striking are the bright, unnatural colors and the knotty tree. The sower in particular was a figure that Van Gogh saw in terms of representing the eternal cycle of agricultural life, of honorable endeavor and tradition, and symbolized these qualities to the artist.

The sun often shines with an unearthly luminescence — a great orb of light; his short precise brushstrokes radiate outwards so that the whole sky becomes bathed in gold. Barely perceptible in his canvas “The Sower at Sunset” are two crows that emerge from the fractured background, while the figure appears to be part and parcel of the land on which he works.

The striking aspect of this painting is that behind the sower, who sows the ploughed land with a broad arm gesture, the ripe corn can still be seen. With this, Van Gogh refers to the cycle of nature and of life. The theme of the sower also has a religious aspect for him: the sower on the land represents the sower of God’s word.

In some paintings behind the sower, who sows the ploughed land with a broad arm gesture, ripe corn can still be seen. Van Gogh was inspired by the cycle of nature and life. The theme of the sower also had a religious aspect for him: the sower of the land represented the sower of God’s word. Meditating on his paintings with the sower at different times during the day can bring us to thanksgiving for the generosity of God’s love at every moment of our lives. 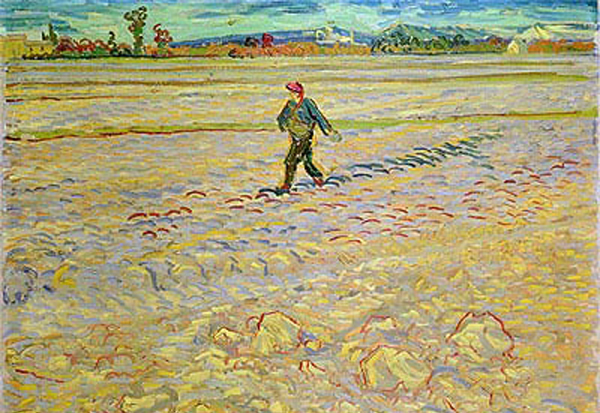 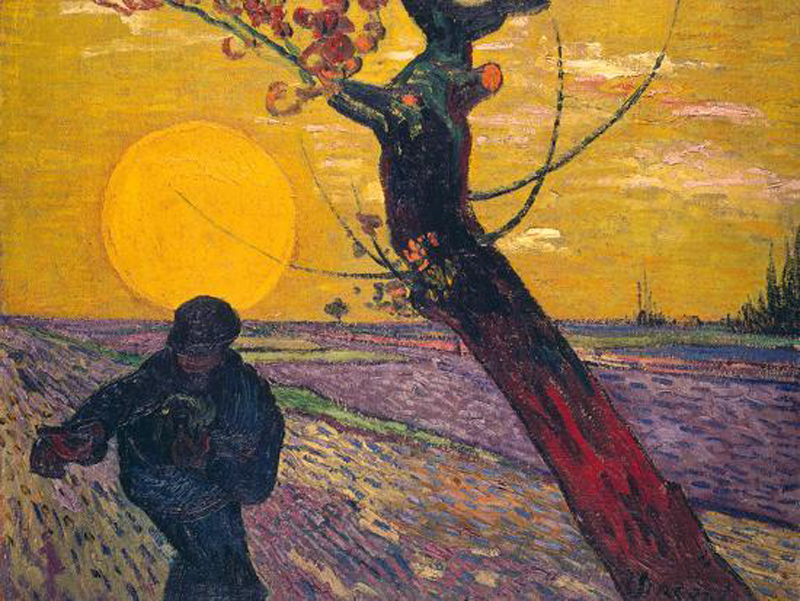 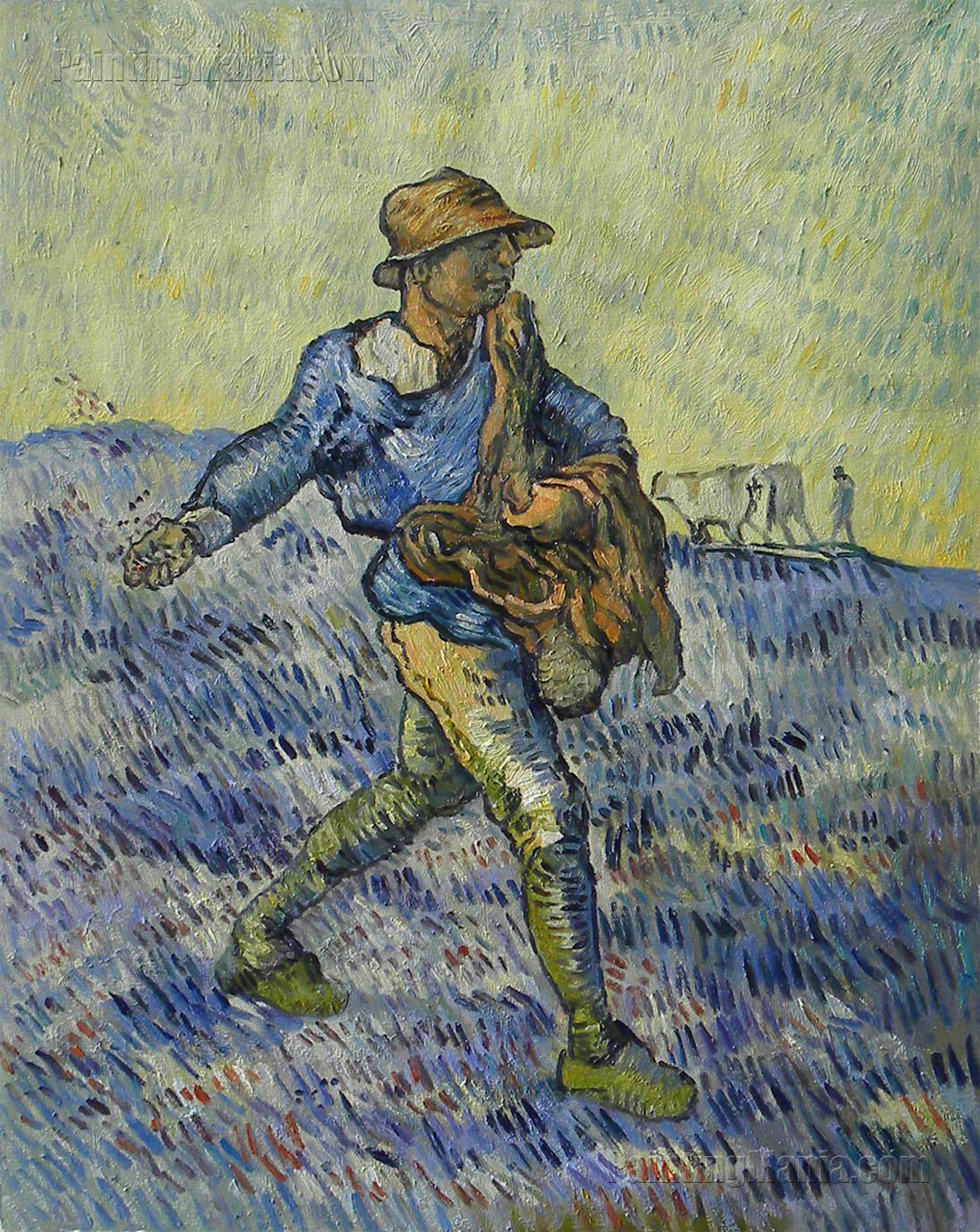 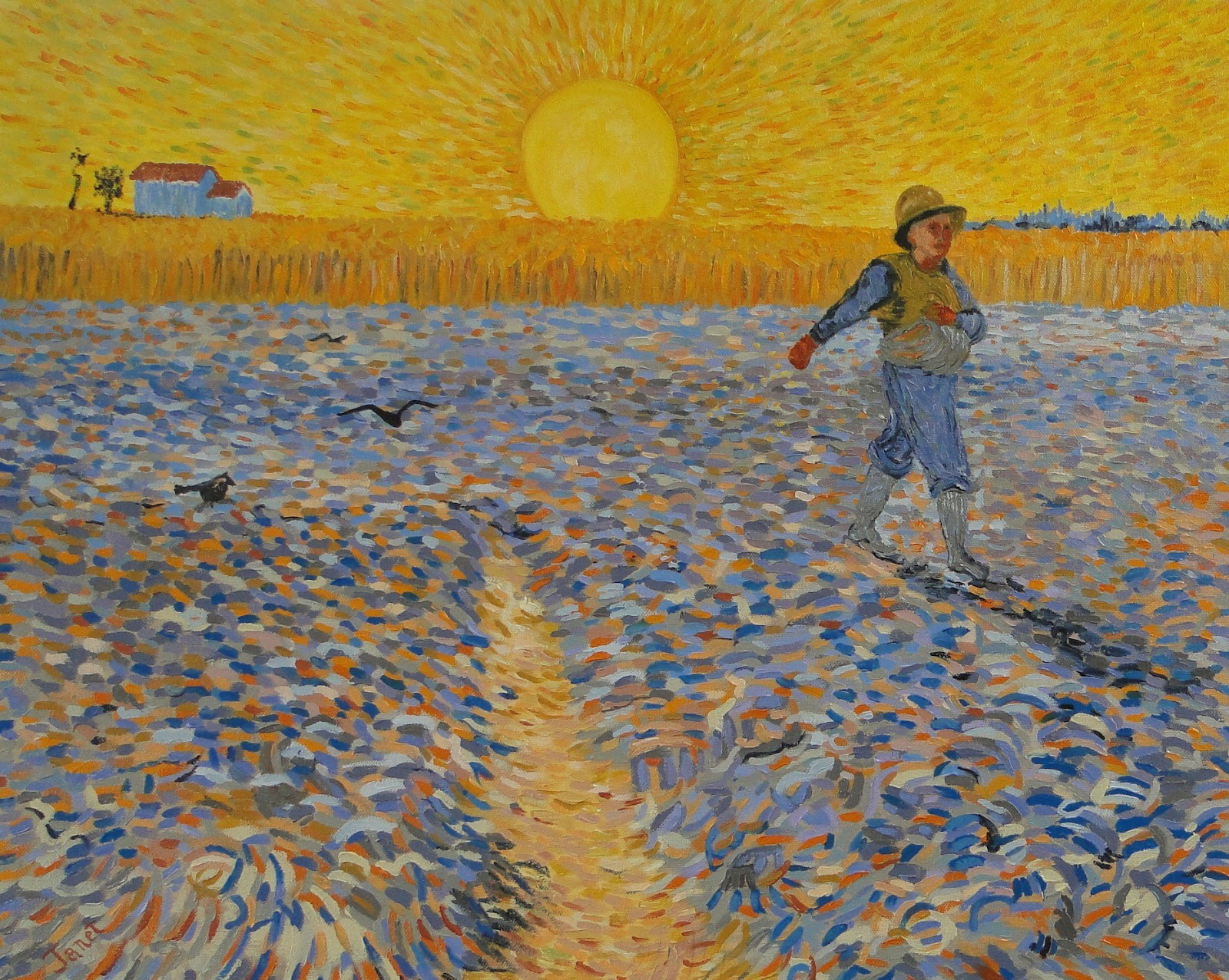 Paintings of “The Seed Sower” By Vincent Van Gogh

“The Sower with the Setting Sun” 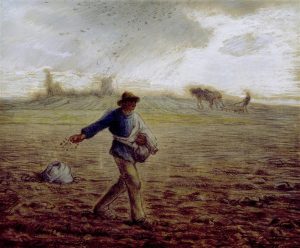 Music for this week’s meditation

“If Anyone Has Ears:” The Gospel Proclaimed in Song

“Take Care of Me”

Gospel: Parable of the Sower

The Parable of the Farmer and Seeds

Parable of the Sower

Parable of the Sower and Seed 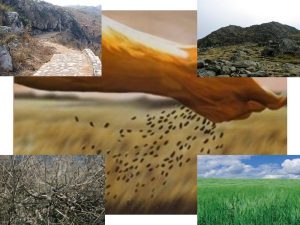