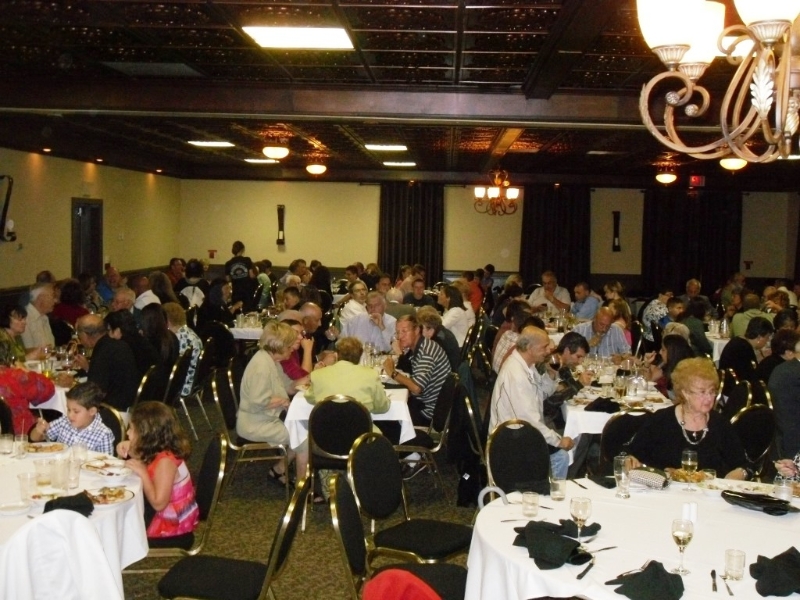 Recently, more than 200 of our parish volunteers enjoyed an evening of dinner and music and friendship at the Ramada Inn.

Several were unable to join us due to previous arrangements, illness or being out of the area. But whether a volunteer was at the party or not, each one of any age certainly is to be considered a treasure of the parish household.

Beginning with our baptism and sustained with the sacraments that we so often share, God’s word, the Eucharist and the blessings of our Catholic seasons and saints, faithful volunteering is established and nurtured over the years.

No Catholic parish could exist, and certainly not flourish very long without the good work and generous hearts of many who volunteer.

The next time you see geese heading south for the winter flying in V formation, you might be interested in knowing what science has discovered about why they fly that way.

It has been learned that as each bird flaps its wings, it creates an uplift for the bird immediately following. By flying in V formation, the whole flock adds at least 71 percent greater flying range than if each bird flew on its own.

Christians who share a common direction and a sense of community also get where they are going quicker and easier because they are traveling on the thrust and uplift of one another.

Whenever a goose falls out of formation, it suddenly feels the drag and resistance of trying to go it alone, and quickly gets back into formation to take advantage of the lifting power of the bird immediately in front.

If we have as much sense as a goose, we will stay in formation with those who are headed the same way we are going.

Finally, when a goose gets sick or is wounded by gunshot and falls out, two geese fall out of formation and follow him down to help and protect him. They stay with him until he is able to fly or until he is dead; and then they launch out on their own or with another formation to catch up with their original group.

The geese who helped each other shared. Sharing is serving and giving. It is a part of our stewardship. We believe that it is the privilege of the Christian to dedicate time, talents and possessions; how we use these is a choice we make that indicates the depth of our faith.

Volunteer hero
The cruise ship captain gave a party for the volunteer – the oldest man on board – who had jumped in to rescue a young woman swept overboard in a sudden gale. “Speech, speech!” the other passengers demanded. The man rose slowly. “OK,” he acquiesced, “but before I say anything, I’d like to meet the wise guy who pushed me in!”