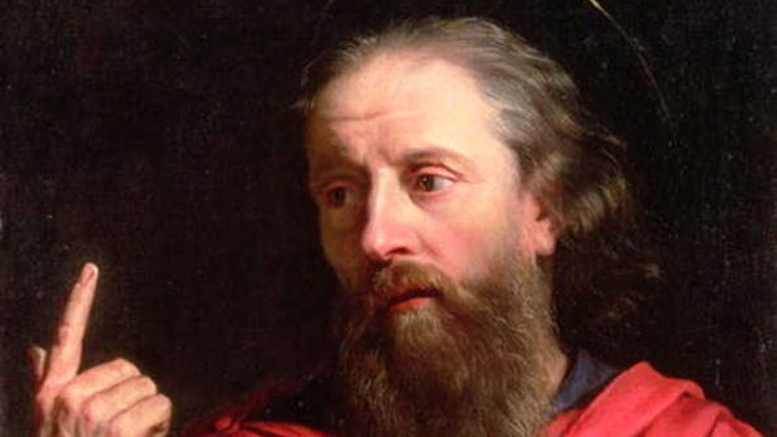 In the last issue of “More Good News,” I wrote about the original Apostles of Jesus.

Some may have asked where is Paul? After all, seven of the 27 books of the New Testament are attributed to him. He might have contributed to another seven.

The fact is that Paul didn’t even become a Christian until sometime after Jesus’ death and resurrection. Paul himself describes in Acts 7:58-60, 22:20, how he persecuted the first Christians and even participated in the stoning of St. Stephen.

To understand his turnaround, we should go back to his origin story.

Born in the city of Tarsus in southern Turkey, he came from a strict Jewish family. Though not extremely wealthy, his family and he earned a respectable living as tent makers. This craft would help him support himself while he was on his many future missions. He also enjoyed Roman citizenship.

Growing up in Jerusalem, he gained his education from Gamaliel, a member of the Sanhedrin. He also became familiar with Greek philosophers and was familiar with the Stoic philosophy of a virtuous life as a way to happiness.

When he became an adult, he was a member of the Pharisees, who administered the law of the Jews. (You may recall mention of this group criticizing Christ in the gospels).

Paul couldn’t understand how Christians could follow a man who died like a criminal. In his mind a true Messiah would never be treated that way.

Paul told the story of how on the way to Damascus he was blinded by a great light, fell from his horse and heard a voice say, “Why persecutest thou me?” When Paul said, “Who art thou, Lord?” the voice answered, “I am Jesus whom thou persecutes.”

For three days he remained blind until a Christian, Ananias of Damascus, was able to heal him. It only was then that Paul recognized the divinity of Jesus. He proclaimed himself a servant of Christ and stated that his conversion was due to the grace of God and not reason or intellect.

Three years later he left Damascus to learn from the apostles in Jerusalem. He began to preach to Gentiles and carried his message to Syria, Turkey and Greece. The Jewish Christians believed you had to be a Jew first to become Christian. Paul didn’t think that was necessary. Eventually it was agreed that Peter would be the main apostle to the Jews and Paul the principal apostle to the Gentiles. Paul would not have to change his approach, but he was tasked with collecting funds for the Jerusalem church.

In the late 50s AD, Paul returned to Jerusalem. He came with money he had collected from his flock but was arrested for bringing some of his Gentile converts too deep into the temple precincts. There were several trials. He was held in prison in Caesarea for two years. Eventually, Paul went to Rome. Tradition says he was beheaded there under the reign of Nero.

During his lifetime, after his conversion, Paul believed it was his mission to bring the Gentiles, Greeks and all the other “barbarians” to Christ. In reality, his mission was much more successful than that of the Jewish apostles. He did not consider himself to be a particularly brilliant speaker but it is said that he often would speak to interested listeners while he was working making his tents.

Perhaps the image of a working artisan, who lived by the sweat of his brow and carried a message of salvation appealed to the people. Paul also kept in touch with his flock through his letters. They carried messages of his commitment to the church with passion, forthrightness and wit. His followers compiled these letters to pass on to successive generations of believers. These are the letters you hear so frequently read from the pulpit.

The tenants of Paul’s preaching proclaim that faith in Christ guarantees salvation. In words that his audience could understand about ancient sacrificial rites he explained that Jesus’ death was necessary so that they might be freed from sin (atonement).

In Galatians he explains that as soon as you are baptized into faith, you also are baptized into Christ’s death and freed from sin. Paul set a high standard for the faithful, “And the very God of peace sanctify you wholly; and I pray God your whole spirit and soul and body be preserved blameless unto the coming of our Lord Jesus Christ.”

The saint had a rather conservative approach to women and helped promote the male hierarchy of the church. One of his female followers, Phoebe, however, is the first known deacon of the church.

St. Paul is the patron of missionaries, evangelists, writers and public workers. His feast day is June 29.