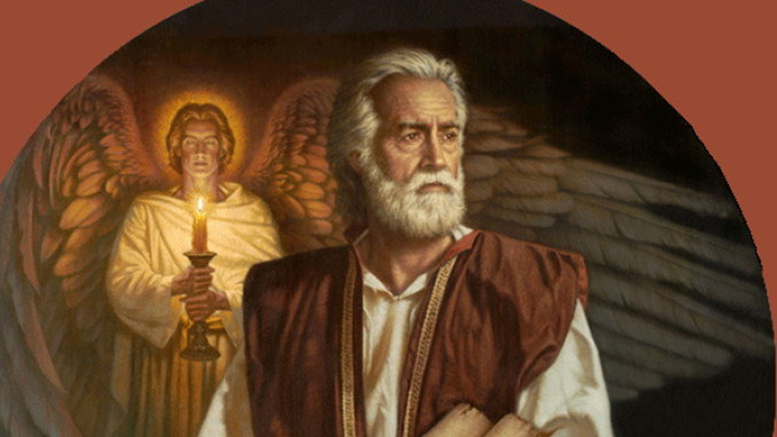 During Lent, we read or listened raptly to the words of the eyewitness account of Christ’s passion.

The version by Matthew (26:14-27:66) has been used in art, music, plays and film. It is with this companion of Jesus we continue our series on the evangelists.

Unlike the first two evangelists we discussed in earlier issues of “More Good News” — Paul and Luke — Matthew knew Jesus personally. In fact, the story goes that while he was collecting taxes in Capernaum, Christ came to him and said, “Follow me.”

To celebrate his new affiliation he hosted a banquet, inviting other tax collectors, Jesus and the Apostles. The Pharisees, who wouldn’t even sit at a table with the tax-collecting employees of the Romans, began to complain about this association. Jesus famously replied to them, “They that are in health need not the physician. I have not come to call the just, but sinners to penance.”

Matthew followed Jesus the rest of his earthly days.

Little is known of Matthew’s life. He was the son of Alpheus, probably born in Galilee, and as a tax collector, his profession was the most hated of all. Mark and Luke refer to him as “Levi,” which may have been his given name, and later, after his conversion, he adopted “Matthew” (gift of Yahweh). His accounts and witness of Christ’s life and teaching concur with other contemporaries, which gives us the opinion that they are accurate. His writing forms the first book of the Gospels.

Matthew didn’t set his words to paper (parchment) until several years after Christ’s crucifixion. It is believed that he did this from around 41 to 50 AD. He did so in Aramaic so that his people, the Jews, could accept Jesus as the Messiah, rather than continue to await the militant, sword-wielding superhero for which they hoped. It is interesting to note that nowhere did Matthew sign his work, but by 80 AD, it was wholly attributed to him.

Even after his conversion, little or nothing of Matthew’s later life is documented. We think he left the Holy Land to escape persecution, but it is unknown if he died a martyr or of natural causes. Some scholars say he arrived and died in Parthia (Iran).

Four churches in France claim to possess reliquaries with the saint’s head. The provenance of none of them is conclusive; therefore, it is doubtful that any one of them truly belonged to Matthew.

Since his Gospel begins with the human genealogy of Christ, in art St. Matthew is depicted as a man, sometimes winged, a symbol of a heavenly connection.

His humanity is nowhere better portrayed than by the great Baroque painter, Caravaggio, in his “Calling of Saint Matthew,” in the church of San Luigi dei Francesi in Rome. The scene unfolds in the custom house that resembles some of the taverns which Caravaggio notoriously frequented (You can’t get more mundane than that.)

Christ points across the room where a beam of light passes over his head to illuminate a bearded man (Matthew) surrounded by other men at a table. Matthew’s right hand is on some coins (give unto Caesar), while his left points to his own chest. His facial expression seems to say, “Who me?” Aren’t we all lucky he heeded the call?