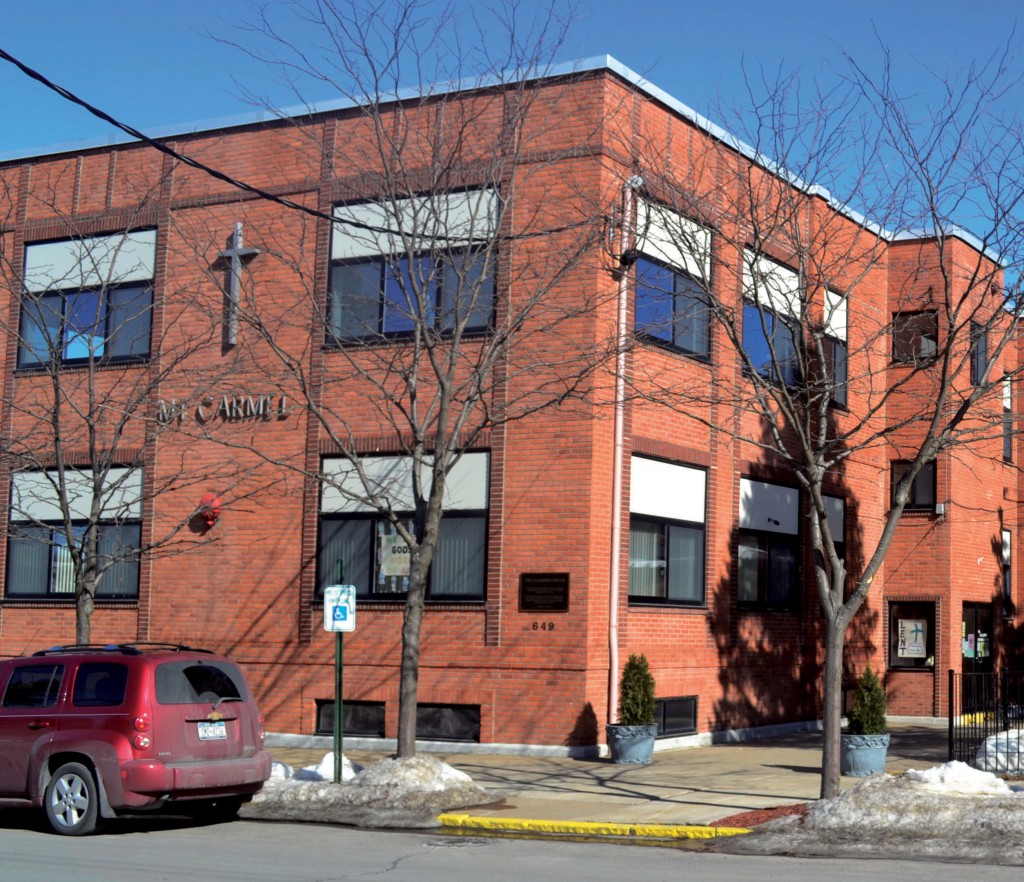 The landscape of parochial schools of our area has changed dramatically in the last 30 years or so.

In a city that once boasted more than a half dozen elementary schools, an all-boys secondary and an all-girls secondary school system, the Catholic schools in Utica have been whittled down to a single elementary building and a single junior-senior high school.

Though the former schools no longer exist, they made a vital contribution to our community in their day. Some of the physical buildings still exist and provide homes to important activities to this day.

Mount Carmel School is one such building. Once an elementary school that nourished thousands of children since it opened in 1904, the school building now is the Scalabrini Center, home to the Faith Formation program that still is educating children in the beliefs of our Catholic faith.

Mary Beth LaNeve, who attended Mount Carmel from 1959 to 1967, remembers the close community formed by the students of the school. She recalls small classes whose students would move up together through the grades forming friendships and family connections that last until this day.

“My memories of Mount Carmel School are very happy ones,” she said. “Many of the children we attended classes with have become friends for life. We got to know their parents and siblings.”

Mary Beth, who now is the parish administrator, has a special place in her heart for the Sisters of St. Francis who taught at Mount Carmel.”

“Most of the nuns were kind and had our best interest at heart,” she said. “A special sister in my life was Sister Michaeleen Cabral. She was probably the first nun that also let her hair down in front of us. She would tell us about her life as a young adult, her life in the Waves, about how she was almost engaged to be married — many of life’s realities that we as seventh- or eighth-graders would soon be facing.

“I have kept in touch with her throughout my life because she seemed a part of my young life. My husband and I asked her to be the soloist at our wedding. She happened to be in Utica when my son was born. We helped to plan her 25th anniversary as a nun and attended her 50th in Syracuse. She was a great influence on me.”

Mount Carmel School’s history is a one of struggle and determination.

In 1903, the Rev. Joseph Formia became pastor and found a parish in debt, but nonetheless made it his mission to establish a parochial school. In September 1904, the building was not yet complete, but the Sisters of St. Francis began their work of educating the parish youth surrounded by the on-going cacophony of construction.

When the Rev. John Marchegiani became pastor in 1921, he helped raise funds for the expanding church campus by organizing bazaars and minstrel shows that often featured the children of the parish school. In 1922, the church basement was lowered and a stage for spectacles was built. With funds raised through the various enterprises, by 1928, the school was completely renovated and gained a new gymnasium.

Marchegiani’s successor, the Rev. William Pizzoglio, was a pastor and educator. Father Pizzoglio expanded catechism classes and religious instruction for children in the public schools. In 1944, he also established a day nursery for the children of parishioners who were fighting in World War II and whose wives needed to work in local factories producing items used in the war effort. That nursery continued to operate until 1970.

The parish school continued to host a myriad of educational, spiritual and social functions through the pastorates of the Rev. Joseph Berton (1950-64) and the Rev. Peter Bortolazzo (1964-73). Under the Rev. John Corraro and the Rev. Carmen Negro (1973-83), renovations to the school building were carried out.

Despite his many efforts to maintain it, the school was closed in 1986 during the pastorate of the Rev. Henry Benin (1983-1991) as the result of a Diocesan School Consolidation Plan. The devout pastor redoubled his efforts to maintain the usefulness of the building, converting it into the parish catechetical center.

Today, the building is used for a variety of functions. The Salerno Room has hosted Pre-Cana Conferences, social events, meetings, diocesan meetings and classes, and bereavement dinners after funerals. The classrooms, as part of our Faith Formation center, still are used for religious instruction. The gymnasium is used for basketball, pizza fritta sales, flower sales and social events.

John Reale graduated from Mount Carmel in 1984, one of the last classes to pass through the school’s doors. He transitioned to public school and found the changing of classes during the day, larger halls and a more diverse student population a bit intimidating at first.

He had to get used to having a locker and all-boys gym classes (at Mount Carmel they were co-ed.). Still, John says academically he was up to the challenge of the new school (Proctor High). His parochial teachers were demanding and worked with him to meet their expectations.

“I had many great memories of my days at Mount Carmel School,” John said. “I made many friendships that I still have today, especially my best friend Mike Zasa.

“The nuns and priests of Mount Carmel certainly have played an integral role in my life. Some favorite memories were with Sister Mary Bede in fourth grade. She had us do so much. We learned to square dance in her class and performed for some of the local senior centers. As a class we made a Thanksgiving scene out of clay which was on display at the school. We had a play with real props and furniture that we performed not only on the stage in the former CYO room, but we also performed our play at Conkling School.”

“We learned respect for one another and became a close family of students from our big brother big sister program with the older grades to just looking out for each other on the playground,” John said. “You learned structure and discipline with how to change classes quietly to lining up in the playground each morning single file before entering the building.

“Yes, many great times at Mount Carmel School that to this day has formed my faith life,” he added. “I will always treasure those days and will share the memories with my sons.”