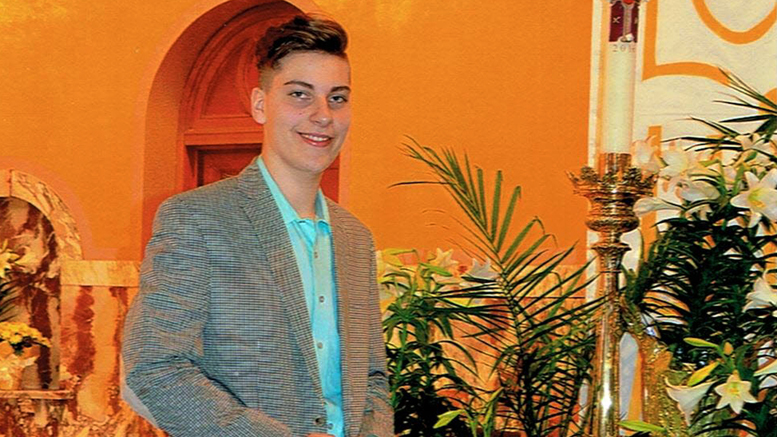 Michael Morrissey grew up in a crowded home. He is the youngest of five children, but he’s been able to make his own mark at age 16. Though his family is “really big on sports,” he’s found his own path. He loves acting, playing a musical instrument and singing, including in the church choir.

You grew up with one brother and three sisters. What’s it like being the youngest in a family of seven?

Oh goodness, what a question. I mean it has its ups and downs. Well for one thing, I love when my mother sticks up for me in every situation and then my siblings get annoyed at me even more. It’s also nice because I love to see myself getting older and more mature and becoming more like my siblings; however, it’s very sad watching my siblings grow up and leave while starting their lives.

It’s been my experience that the oldest child tends to get disciplined more and for each sibling after that, parents are a bit more lenient. Do you think you’ve had it easier than the rest of your siblings and maybe got away with more?

When I was younger, I took tennis lessons up on the Parkway. I play for school now and, of course, I would like to win, but I learned that I can’t win them all. I play to have a good time.

You sing, including in the parish choir, play the violin, act and are vice president of the Drama Club at Proctor. What do you like about acting and singing?

I really can’t tell you. I wasn’t really influenced, it just sort of happened. My family was always really big on sports, but I just get this thrill when I sing or act. Maybe it’s the fact that I get the freedom to portray a character in any way that I would like.

How did you get started playing the violin? What do you like most about playing?

I started out playing the saxophone. But toward the end of fourth grade, I didn’t really like playing it that much. So, I went to the orchestra teacher and asked him if I can join orchestra and play the violin. The next year I played in the orchestra and I just loved it. I love when the whole orchestra comes together to play a song. I just love to hear all of the different instruments and their parts.

You’ve been a parishioner of Mount Carmel / Blessed Sacrament since you were born. What does this parish mean to you?

This church is a major place in my life. Church won’t be the same if it wasn’t in Mount Carmel / Blessed Sacrament.

You volunteer a lot in the parish, including being an altar server, working at the festival and even at Faith Formation events. Why do you do it and what do you get out of it?

When I work the festival and volunteer at Faith Formation events, it doesn’t feel like I’m volunteering. I have a lot of fun.

What would you tell young people if they were interested in coming to our parish?

What do you hope the future holds for you?

Things you like to do in your spare time: Sing, act and play tennis.

Favorite movie: I love so many I don’t think I have a favorite. However, I do like musicals a lot.

Favorite TV show: I like to watch “Face Off” on Syfy.

Favorite musical artist or genre: I really like to listen to show tunes, but I can listen to anything.

Favorite quote: “Don’t dwell on the past; focus on the future.”