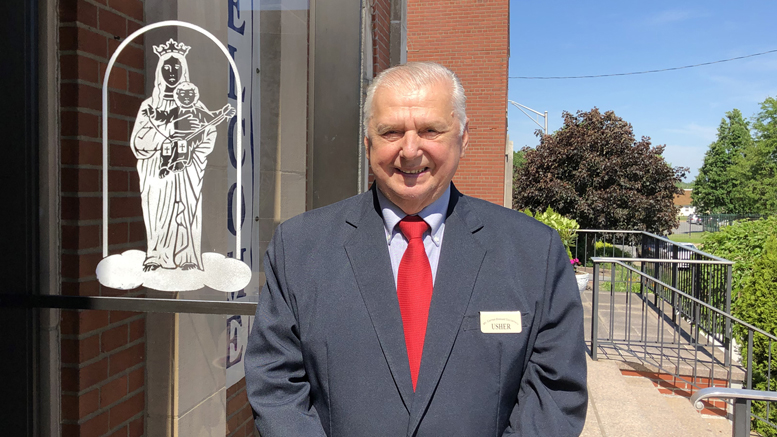 Joe Furgol served the country in the Army in the 1960s, was a Utica firefighter for nearly 30 years and has been and still is an Oneida County legislator. At Mount Carmel / Blessed Sacrament, Joe continues to serve others.

You attended Brandegee grammar school and Proctor High School. After graduating, you joined the Army in 1961. What was the most important lesson you learned in the Army that helped shape your life?

The war in Vietnam was starting to escalate in the early 1960s when you served in the Army. What do you recall about those times?

The assassination of JFK. This was my reality that we were going to war.

After the Army, you married your childhood sweetheart, Elaine Greco, and have been united for 55 years and counting. How did you meet and how did you know she was the one?

We met at school and it was love at first sight.

What do you love most about your wife?

She keeps me in line.

What has she taught you?

When you came back home to Utica, you served in the Utica Fire Department for nearly 30 years, retiring as a lieutenant. What was the department like then and what do you remember the most?

The unforgettable great times that I had with my fellow firefighters.

Firefighters put themselves in harm’s way. Was there ever a time when you were faced with a dangerous moment?

When the Kanatena Apartments interior collapsed when we were on the fifth floor.

You have been very involved in local politics — appoint as an Oneida County legislator in 2007 as a Democrat, won re-election the next four times and lost in 2016, but re-elected in 2018. You also have been a Utica committeeman for the past 20 years. Why do you do it?

I love to serve the community. I am loyal to our great Utica area and the great people who live here. I am proud to be their voice and know that I am making the best decisions for them.

In our parish, you’re head usher at the 10:30 a.m. Mass, volunteer at the festival and also was a coach in the Mount Carmel Little League. What makes you want to give your time to parish activities?

It is very important to be a good role model to our children. The church has been an important part of my life so this is my way of giving back.

You were good friends with Phil Cornacchia, who died in 2018 at age 102. You brought him to Mass every week, where he also was an usher until his final days. What did your friendship with Phil mean to you?

Phil was like a father figure who was well respected.

You have been coming to Mount Carmel since nursery school. What does this parish mean to you?

A safe place that I can call home.

What is the best advice you would give to someone?

Live an honest, hardworking life with integrity and it is always important to remain faithful.