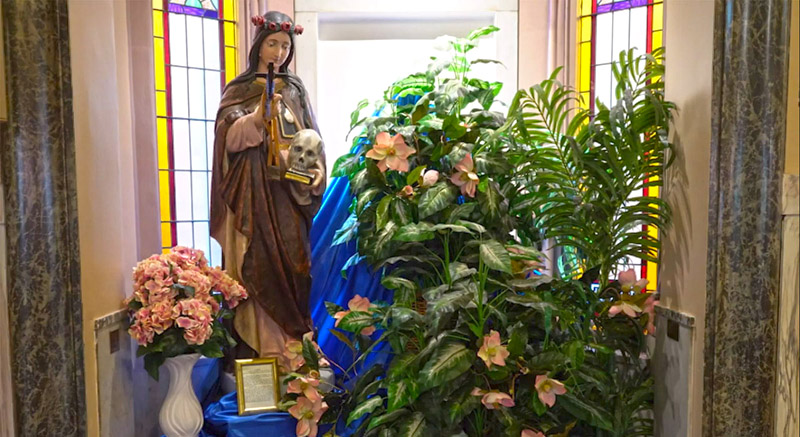 Members of the Santa Rosalia Society invite everyone to attend the celebration of the Feast of Santa Rosalia on Saturday, Aug. 27.

The schedule of events is as follows:

She is especially important internationally as a saint invoked in times of plague.

Santa Rosalia often is depicted as a young woman, sometimes holding a cross, book or skull, and also a spray of lilies.

The event is finished.