We know that in so many ways, summertime is for kids — from the sparklers and Fourth of July fun through bike rides, camping trips, beaches and just lazy days of no school.Not that those of us “seasoned and more mature” citizens can’t enjoy a few months of outdoor weather; we know how quickly passing it is. 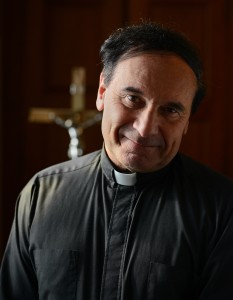 Sometimes we fret and worry and complain too much about our young people. Perhaps some isolated events of violence, even terror done by a youth, have clouded the view of the majority of joyful and lively excellent kids who carry within themselves so much talent and gifted attributes.

What’s on TV and movies and video games can display so much that is harmful and sending wrong messages, but really what can wreak the greater havoc in the life of a young person is the breakup of a family when divorce or separation unravel things.

There are 85 million teenagers in America, give or take, according to FBI statistics; 96 percent of them never have been involved in serious trouble.

Some years ago, those who produced the popular children’s network Nickelodeon surveyed what kids look for. First, they just want to be kids, even allowing for some dumb things they do. Second, kids want to be with parents more than we would guess. Third, kids want to help and are willing to pitch in to make things better for everyone.

The news reports can be very depressing. Individual and still rather rare, incidents of a young person doing a horrific deed or engaging in severe violence, gets reported and played over and over again on 24-hour news media. It would be so easy to simply complain and blame entertainment or the influence of the trash in the culture that young people are exposed to every day.

But it still comes down to what is in the heart and mind and spirit of the young person — usually formed and fashioned by whatever family life that person is shaped by, or sadly, lack of family life.

The famous movie producer Alfred Hitchcock, who made scary and violent films, carried in his wallet for many years an article about a man who went to the movies and then took the life of his girlfriend in a most murderous manner. The article pointed out that the movie he had seen was “Snow White and the Seven Dwarfs.”

Let these summer days be an opportunity for families to be together in good, fun and fruitful ways … the best soil for a kid to grow in.