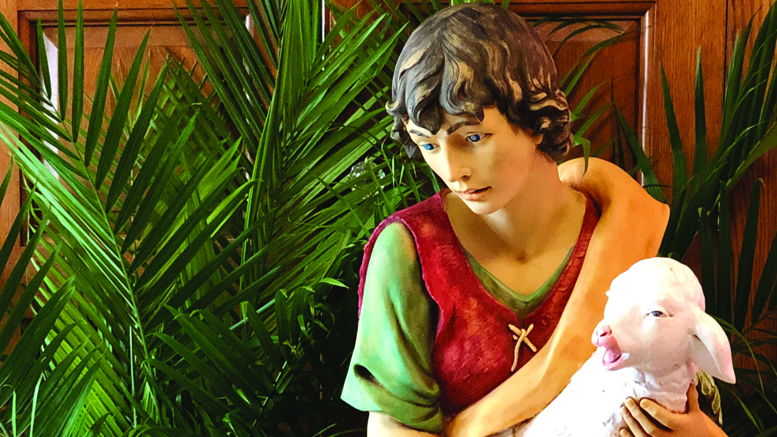 When the Rev. Joseph Salerno was named pastor of St. Mary of Mount Carmel in 1991, it came as a bit of a surprise. 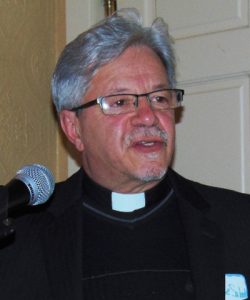 He had spent several months training to become a hospital chaplain and expected to become part of the pastoral care team at Community General Hospital in Syracuse.

It didn’t turn out that way.

“It was quite a surprise and privilege to be named pastor of the parish that you consider to be your ‘home parish,’” Father Joe said. “After all, this is where I was baptized, confirmed, received communion for the first time. I was even ordained to the priesthood at Mount Carmel.”

In our parish, there have been 12 pastors, Father Joe was No. 10. When he moved on to the Church of Our Lady of Lourdes in September 2002, he was succeeded by the Rev. John Rose 10 months later. When he left, the Rev. James Cesta arrived in 2009.

In 2021, Mount Carmel / Blessed Sacrament will celebrate its 125th anniversary. In that time, each pastor has made a mark on the parish and the community he serves.

Being his first pastorate, Father Joe had several goals in mind.

“My leadership philosophy was to emphasize the pastoral, to break open the gifts and talents of the entire parish and to find strength in the faith of our ancestors,” he said. “The basic philosophy is still on the doors of the church – ALL ARE WELCOME.” 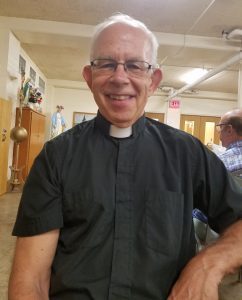 In July 2003, Father Rose took over for Father Joe.

“I am most grateful for the time I spent at Mount Carmel / Blessed Sacrament,” said Father Rose, who recently retired. “People there have big and loving hearts. They take much pride in who they are.”

Father Rose faced a difficult challenge when the diocese closed Blessed Sacrament Church and merged it with Mount Carmel.

“The community went through a very painful and challenging time as we united two parish communities into one, but the one parish was enriched by the addition of new people and the gifts they brought,” Father Rose said. “Being two of the first parishes to merge, we became a paradigm for other parishes in our diocese who were asked to merge subsequently.”

As Father Rose fondly remembers his time in the parish, he hopes he has left something behind, too.

“I pray that despite my many shortcomings that people will remember my legacy is to always trust in the slow work of God and that God is always faithful to those who place their faith in God,” he said.

When Father Rose left to become director of Spiritual Formation at St. Luke Institute in Silver Spring, Maryland, in 2008, it took a while to find another pastor. 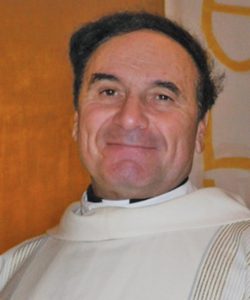 Waiting out there was Father Jim.

“I was asked, so I responded in the affirmative, saying that after six months or a year, I would look at it again,” he said. “I quickly found this to be a wonderful parish, a spectacular church and a vibrant array of worship and social and educational things present. It’s been 10 years, and I look forward to the next 10, at least.”

For the last decade, Father Jim said that “leading from behind is better than being a dictator.”

“As a pastor, I’m constantly trying to coax and nudge, to invite and solicit folks of all ages to get more involved in parish life,” he said. “My wish and prayer is to maintain the existing quality of our liturgical life, the worship of weekends, holidays and special seasons of faith.”

The people are what have impressed Father Jim the most.

“The devotion to this parish is something to marvel about,” he said. “If only it would catch on with others.”

All three living pastors have something in common with their ancestors over the last 123 years — they came and built on the legacy of those before them.

The parish’s storied history began in the late 19th century. On Sunday, Dec. 20, 1896, parishioners of St. Mary of Mount Carmel Church — Santa Maria di Monte Carmela — celebrated Mass for the first time in a church building they could call their own. They were Italian immigrants who started arriving in Utica in the late 1860s and early 1870s and who originally worshipped at St. John’s Parish in downtown Utica.

Here’s a brief look at the first nine men who guided the parish from its inception:

The Rev. Antonio Castelli served as an assistant to Monsignor James Lynch at St. John’s Church and later became the first pastor of Mount Carmel.

Father Castelli called upon every man and woman and inspired them to one mission — to have a church of their own. Monsignor Lynch’s went one step further when he donated an old school building on Catherine Street, which Father Castelli transformed into a temporary church and meeting place.

The old schoolhouse was the inception of what was later to be known as St. Mary of Mount Carmel Church. A parcel of land was purchased, extending from Catherine Street to Jay Street, and excavation began on April 23, 1896. The first Mass was celebrated on Sunday, Dec. 20, 1896, in the new church that, in reality, was only the basement of the building.

In 1902 the Scalabrini Superior of Italy appointed the Rev. Joseph Formia as assistant to Father Castelli. After Father Castelli died of a heart attack on Oct. 22, 1903, Father Formia became the pastor and began envisioning a parochial school. Early in September 1904, the unfinished school building was surrounded with children. Three Sisters of St. Francis organized and conducted classes.

After organizing the school and seeing that the nuns and the children of the parish were adequately accommodated, Father Formia, pastor for 18 years, returned to his native city in Italy in 1921.

By 1928, the school had been renovated and a new gymnasium was opened, and by 1931, the sanctuary was enriched with beautiful altar railings and a marble floor.

In June 1934, the Rev. William Pizzoglio, arrived at Mount Carmel. Father Pizzoglio’s primary goal was to nurture the spiritual needs of young and old, and so it was that catechism classes were expanded and religious instruction classes intensified for public school children.

Another noteworthy task undertaken by him was the decoration and painting of the church in preparation for the 40th anniversary in 1936. Professor Antonio D’ Ambrosio of New York City was commissioned to decorate and paint the church. Three new marble altars were designed and installed by the DaPrato Firm of New York.

The Rev. Joseph Berton succeeded Father Pizzoglio and was pastor in from 1950 to 1964.

During his pastorate, many parcels of property were acquired around the church to provide adequate parking. The most outstanding of his non-spiritual accomplishments is at 648 Jay St., where a new rectory was built in the early 1960s.

Father Berton spent 26 years of his priesthood at Mount Carmel as an assistant and pastor. He died in 1984.

On Oct. 10, 1964, Father Berton was succeeded by another former assistant, the Rev. Peter Bortolazzo.

Father Peter arrived at Mount Carmel during its transitional period. Within a few months, many of the homes that surrounded the church were razed by the city’s Urban Renewal program and many parishioners moved away.

It was through his guidance that the parish undertook the challenges of Pope John XXIII and Vatican II Council.

The year 1973 found Mount Carmel under the leadership of the Rev. John Corraro. Father John continued the work that was begun by his predecessors, emphasizing the development of the area surrounding the church.

During his pastorate, many additional physical aspects came to fruition, including the Shrine to Our Lady of Mount Carmel, renovations to the school, the Senior Citizens Center and the construction of Scalabrini Park, a monument to the founder of the Society of St. Charles Borromeo.

He also sponsored the Ashes to Easter program, the inception of a Liturgical Committee, the development of Penitential Services and the installation of lay ministers.

The Rev. Carmelo Negro became pastor in May 1979. Dedicated to maintaining a beautiful church, he undertook the task of replacing the old organ.

During his pastorate, Father Carmen continued to show a strong concern for the liturgical programs initiated by Father John, emphasizing the lay ministry program and improvements to the school.

The Rev. Henry Benin succeeded Father Carmen in the fall of 1983.

The parish was in a period of transition. Father Henry was faced with two major problems. First, the Sisters of St. Francis, who served Mount Carmel for 80 years, were withdrawing due to a lack of vocation and, second, the school was closing because of the Diocesan School Consolidation Plan due to declining enrollment.

Father Henry was the last Scalabrini priest to serve Mount Carmel. He left the parish in June 1991.

ROSARY DURING TIME OF PANDEMIC